Below, you will find our FAQ. If you have a question that is not covered below, please feel free to reach out to us. We try to respond to all inquiries within 24 hours (although usually we’re much quicker).

Bring Your Dreams of Building Software Products To Life

Hi! We’re Kibi.One! We help non-technical entrepreneurs build software products. You might have a few questions about how our incubator program works. We’ve decided this page to help answer the mostly commonly asked questions. If you can’t find the answer to your question on this page, feel free to reach out to us. We’re a friendly bunch and we’d be happy to help.

How long is the program and how is it structured?

Our programs is flexible. The course itself contains over 20 hours of content in the form of code sandboxes, videos, hands-on assessments and worksheets.

The first track is a marketing track where you’ll learn more about our idea vetting framework. In this track we also open up our own 8 stage organic growth playbook to you.

The second track is our tech track. This track consists of many courses that are designed to help no-coders build better products. This section of our incubator program also focuses on transforming no-coders into low-coders. We’ve found the majority of our success by being able to build the exact products we want (rather than the products no-code tools allow you to build). Therefore, the first few courses in our tech track focus on teaching you the fundamentals of coding.

Yes. The entire system is automated and you’ll be able to login and start learning immiately after you make payment.

How much does it cost?

The current price of our incubator program can be found at the bottom of our homepage.

How long can I access the program materials for?

While we try to focus on pushing participants through the course in 2 months, that’s not always possible. Some people have family, school or work obligations which make it harder for them to commit a lot of time each week to the program.

For this reason, we give participants in our incubator program three years to complete the course.

Tell me more about the online collaboration area

How do you teach coding?

No, not at the beginning. However, as we progress through our milestones you’ll be required to follow along and in order to do this you’ll need to learn how to code. However, not to worry, because we will use our online learning system to teach you how to program your spacecraft using C++.

This tutorial series will walk you through how to use C++ if you’ve never programmed before. Our tutorial series is beginner friendly and we’ve designed our course modules with non-programmers in mind.

Non-programmers often assume that programming is a really difficult subject to learn. However, that’s not the case at all.  In our online course, we put a heavy focus on making the process of learning C++ as fun and easy as possible. Similarly, there are no costs associated with learning to code because all of the software we use in our course is free and / or open source software.

Similarly, after you sign up, we’ll send you your educational hardware kit and that kit will contain all of the pieces you’ll be required to assemble at home (this is dependent on the plan you chose of course).

If you’ve signed up for one of our “shared” launched plans, then the kit we send you will be used as your at-home demo kit. The actual component that goes to space, will contain your code (as well as the code from others in your group), but because you’re on a “shared plan”, only one piece of hardware will fly from your group.

Regardless of which plan you signed up for, you’ll need to follow along with our coding tutorials in order to test your spacecraft and link it to your mission control dashboard.

When planning this launch, we decided to make everything Arduino compatible (your test microcontroller is the Atmel ATMEGA-328) and all of the code is written in C++. Not only is C++ a powerful language, it’s also easy to find library and code snippets online.

Do You Own Our Projects?

Hopefully really involved. We need all of the help we can get. That said, the Blackship One launch project can be as hands-on or as hands-off for you as you’d like.

There are many different ways to be involved.

1. As soon as you sign up, someone on our team is going to get in touch with you to figure out how you can best contribute and learn from the project. It’s our main priority after you sign up that you feel like you’re part of the team. Every single person who signs up is an integral part of this mission’s success. Blackship One will not be a project with tens of thousands of people involved. We’ll likely be a group of a couple hundred people at most. Out of this small group, we’ll break off into even smaller groups to focus on our individual areas of interest. These groups will most likely consist of about 20-30 people. Many of the people in these groups you’ll get to know personally. These people will become your Blackship One family.

Fom our perspective, the more you can participate, the better.

2. You’ll also participate through the construction of your own spacecraft at home (assembly, testing etc.). This will give you countless hours of learning to do on your own. You simply follow our online tutorials and communicate with people who are on the same step as you in our online learning center.

3. You can also get involved in our weekly meetings where we discuss top level mission objectives, issues and obstacles. If you miss these live sessions, you can view recorded video sessions after the live sessions are over. After each session, you can continue to comment on the topics discussed using our community communication tools.

4. You can participate in niche-specific groups. For example, there are sub-groups for design, engineering, electronics, avionics, propulsion, programming and marketing. After you sign up, you’ll be prompted to join the groups that interest you most. We’ll encourage you to join two types of groups.

First, we’ll encourage you to join the groups where you think you can have the most impact based on your personal expertise. In these groups you can act as a mentor to others looking to learn from your area of expertise.

Secondly, we’ll also encourage you to join groups that you want to learn from. You’ll join these groups to learn from people who are experts on these topics.

We’re a friendly group of people working in open environments and we know being involved in the Blackship One project is as much about learning as it is about doing.

Therefore, if you show up to the meetings and ask questions rather than give advice, that’s fine. In our online community, if you’re the one asking questions rather than responding to questions, that’s also fine. We just want you to be there with us learning along the way. In two years from now you’ll be an expert in C++ variables and you’ll know what an accelerometer is. So don’t worry about not knowing these things now. They might seem intimidating now, but in two weeks time, you’ll already start to get a handle on them. In time, you’ll learn these concepts and soon enough you’ll be the one answering, rather than asking the questions 🙂

No one person will make this project a success. Launching a satellite into orbit will require many different people with many different skillsets. Your goal should be to start with what you have and focus on building from there.

As you can see, there are countless ways to contribute to the project and we welcome people of all skill levels.

Do I get one on one coaching? Live calls etc?

We want to give the project a sufficient runway in order to ensure that we meet our project goals and have a successful launch. Therefore, we’ve decided to aim for a 2023 (Q4) launch date. This gives us ample time to plan and prepare for launch.

Luckily, NASA has also released a document entitled “Increasing Mission Success of CubeSats” and the FSGC published another document called “Statistical Analysis of CubeSat Mission Failure“. These documents give us insight into what can go wrong and what can be done to remedy these failures.

The Blackship One launch project will be following the guidelines and recommendations outlined in these documents. 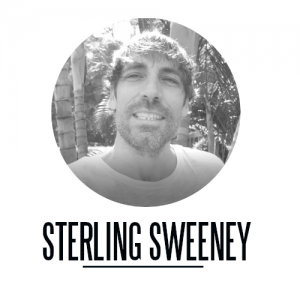 Hello. My name is Sterling and I’m the founder of Blackship.One. My personal background over the last 20 years has primarily been in software development, planning and design. I’ve built countless software products ranging from learning management systems to complex financial modeling software. I started Blackship.One’s space and engineering blog early in 2020 with a small team made up primarily of software and hardware engineers. In total, we’re a small team of five. We started with the mission to publish practical and in-depth space, science, software and engineering related information to help people launch their own independent space projects into orbit and beyond. On our blog we talk about everything from nanosat power requirements to cubesat mission profile advances.

Moving forward, our goal is to work together as a small community and launch our first CubeSat into LEO sometime in late 2023 or 2024.

We require a minimum of 100 people sign up for group mission before we can greenlight a launch. This is because, our low pricing (which makes space accessible), also means we need to register at a minimum 100 people before we cover the costs required for a launch.

We have a tentative launch date of Q1 2023. However, if it takes us longer to register 100 participants, we’ll need to delay the launch to a future date (our backup plan will be to schedule the launch for Q4 2023).

However, we doubt this will be an issue as we also run a space marketing agency and have the resources in-house to promote the community project.

The last growth project we worked on, we scaled to 80,000 subscribers and millions of views. We feel confident that we can gain the necessary interest in this project in order to hit our target launch dates.

Who is this course good for and not good for?

The technical, legal and regulatory requirements to launch an object into space are complex and time consuming. Luckily, when you fly with Blackship One, all launch details and paperwork are handled by us. However, you can learn about the process in our educational video series. We’ll document each step of the process.

Are you an agency? Will you build my project for me?

No. We are not an agency.